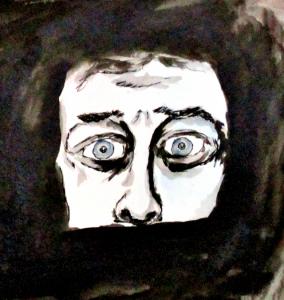 Why is it that during the holidays we think about and remember moments and events of our youth? Maybe because this time of the year was always special for children, or at least it was for me. Seems like that as I age, I remember and cherish these childhood memories. One particular memory is special in a certain way. I’ll tell you about it!

Every year during the Christmas season for some reason while I was growing up the television networks played the “Wizard Of Oz” movie. You know the 1939 version, the original! As a child growing up in the 1960’s I loved that movie and looked forward to watching it every single year.
Well almost, and I’ll tell you why!

I have two younger brothers, and of course was expected to act in a certain manner. Set a good example as my Mother would say. However, when it came to a certain scene in the Oz movie, I failed. It’s those damn flying monkey’s! When Dorothy and the others were in the haunted forest, and the wicked witch sent those monkey’s after them. At that point the tears would begin to flow, and I would run screaming hiding under the bed. Those monkey’s absolutely terrified me! Of course over the years my younger brothers teased me. Each year, “Here they come Clyde, get ready,” it would happen, and I was running for the bed.

To this day, they bother me. I am 60 years old, the other day I was watching a new digitized clean version of the original 1939 movie. NO, I didn’t go running for the bed, but there sure was goose pimples forming on my arms, and hairs on the back of my neck were tingling, as those damn flying monkey’s appeared on screen. People monkey’s are not suppose to fly!